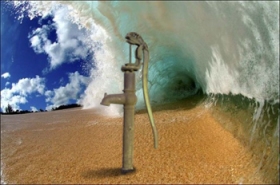 A recently revived subject by Kristine Kathryn Rusch, Scarcity and Abundance, examines the ebook industry in terms of the shift from a “scarcity” economy, in which things are valued and priced due to their limited availability, to “abundance,” in which items are available in effectively unlimited supply, turning the old economic model upside-down or destroying it entirely.

I’ve touched on the subject in my own blogs in the past: I don’t think there is any aspect of ebooks that isn’t impacted by the digitally-imposed shift from scarcity to abundance… and most of those aspect changes are good things.  The (possible) exception to this is in ebooks’ economy.  Abundance has altered consumers’ expectations of what a book should cost, in light of its now-ephemeral state and the need to use a device to read them.  And authors/publishers who still desire to make a reasonable income from books struggle to create an economic model that works for both parties.

As I’ve tried to sell and promote my books, I’ve come to realize that in many ways I still think in terms of scarcity, not abundance.  Not surprising, really, as that’s how I was taught to understand products and the economy.  But now I need to think in terms of abundance and what kind of economy can operate under that concept.  Times are a-changin’.

At issue is the growing disconnect between the author’s effort in creating a book, and the worth of a virtually limitless product.  An author’s time is finite, their talent valuable.  They are interested in profiting off of their hard work, and would like to see ebooks as potentially profitable as printed novels.  But a digital product is seen by consumers as being of low value because of its almost nonexistent production costs (beyond the initial, or prototype, product).  Consumers see this as meaning the product should be priced low, since no production costs need to be recovered in order to profit.

Unfortunately, consumers also happen to hold the view that low price equals low value.  Price and value have historically been connected in a 1 – 1 correlation, high price suggesting high value, and low price suggesting low value.  This concept has been regularly used as a marketing tool by promoters to lionize their product (or to tear down the competition).

Ebooks written by amateur writers and released to the public at low retail cost, or even free, have often been of poor writing quality, further reinforcing the stereotype that “cheap books equal bad books,” and that their writers were therefore bad writers… or, at least, were in desperate need of professional support from the major publishers to create a good product.  (And it can only be the PR machine of those major publishers that somehow makes sure the public conveniently forgets about or does not see the low-priced high-quality books that stand out among the independent fare.)

So, in the midst of this consumer dichotomy, demanding cheaper ebooks while simultaneously believing that cheap books are no good, authors and publishers must find a way to satisfy consumer demand whilst re-educating them on the quality of low-priced books.  Proof-by-example may be the best weapon independent authors have, something the public can latch onto when bad press circulates; nothing beats negative PR more soundly that a positive example in your hand.

It may be that micropayments—essentially, reducing the cost of ebooks to significantly less than a dollar, as low as a few pennies—will be the strategy through which consumers will willingly buy ebooks in an abundant world.  Micropayments may provide enough of a separation from traditional books and their costs to allow consumers to mentally discern the ebook as a separate product; and further, to move beyond the idea of “cheap” being equal to “bad.”  And in an atmosphere of abundance, it is certainly easier to imagine buying an abundance of books that only cost 5 cents.

Unfortunately, most payment systems do not provide for micropayments, and even discourage the idea.  Enacting a micropayment system could require a lot of work on the part of the author/producer, and financial institutions thinking “outside the box,” to make it viable.  To date, the micropayment systems that have been tried have not worked for long, or have not provided enough profit to make them worthwhile.  But there is still possibility for the future.

Of equal import to ebook cost, there is the problem of getting noticed in an abundant world.  I consider an independent author to be like a kernel of corn in a stew: Not only does he need to get noticed among all the other corns and vegetables that float to the surface; but he needs to be noticed among the huge pieces of meat and potatoes that are the famous writers and major publishers, floating on the top. And for every corn you see on the surface of the stew, there are many more kernels just below the surface that are completely obscured.

There are many means of getting noticed, although most of them are a crapshoot.  The thing is, if you’ve thought of it, chances are a few thousand others have already done it, and you’re an automatic also-ran.  Still, being clever can count for more than being good, and is more often than not the driver of viral videos and emails.  Thinking “out of the box” is encouraged, though, with so many others also thinking “out of the box,” you may need to think out of the box and clean across the block.  But the current thinking is: If it gets you noticed, anything goes.  And that’s when it gets interesting.

There’s a funny thing about abundance: Many products spring from an abundance model, and are available for cheap or free at the beginning; but once they achieve notoriety, they tend to be reformed into a scarcity model in order to monetize them.  Matt Mason’s book, The Pirate’s Dilemma, describes many intentionally-disruptive social and media trends that, once they became popular, reverted to the same economic methods as the old trends that they, themselves, disrupted, in order to create and maximize profit… and later, became the ones being disrupted by the new trends that overwhelmed and replaced them.  Mason’s book describes this in terms of the Pirate and the Establishment, but the disruptive methods used were largely about the abundance model taking out the old scarcity model… before rebuilding itself into the new scarcity model.  In every case, the evolution from scarcity to abundance was about takeover, and the evolution from abundance to scarcity was about profit, once takeover was achieved.

So, the abundance model of ebooks is an almost-expected result of media progress, designed to overwhelm and replace the existing scarcity-based printed book establishment.  Once that happens, will it remain an abundant market, and figure out a way to monetize itself?  Or will it somehow be converted to a scarcity-based system again, just in time to maximize ebook profits?  Time will tell.

Unfortunately, there are those of us trying to make the whole ebooks thing work right now.  Authors are walking a tightrope between scarcity and abundance, trying to figure out which direction will lead to recognition and (hopefully) profit today.  Some of us will be able to make the last of the scarcity model work for us, while others will pioneer ahead into the abundance model.  And those without the old connections or the innovative drive will have to wait out the disruptive period and hope that, when the smoke has cleared, there will be a place left for them.

Which will I be?  I got off to a good start in 2006… but have apparently squandered my lead, and in 2012, I’m stuck in neutral, without the connections or the innovation.  I’m trying to get back into gear to follow the abundance path, even if I’m not sure what that path is.  But patience has been my friend throughout this journey, and hopefully it will continue to be an advantage in the abundance economy. 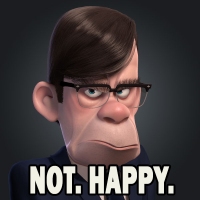