American television has been undergoing a massive shakeup of late…

Okay, what I should be saying is that American television is undergoing another massive shakeup of late.  Because American television has actually been under attack since the day it was created.  Movies and theater have always been at odds with television, showing it up for being less intellectual, less relevant, less powerful, less colorful, less large, etc, etc.

Over the years, television has taken on these challenges, largely, by evolving the very characteristics that made movies and theater so powerful.  TV has hired writers and actors from the movie studios, improved productions, taken on more relevant storylines, and adopted more street-wise language, sex and nudity.  They’ve even shown movies—the competition, essentially—on TV.  They’ve developed award systems that mirror the Oscars, and have brought the pomp and circumstance of movies to TV.  And TVs have gotten bigger and better, taking up entire walls now, going further to mimic the theater experience.  Now TV strives to utilize the features that make the internet so powerful, and it will continue to evolve to better itself and keep itself relevant.

All of these things have allowed TV to maintain its position and profitability in American entertainment.  But now, it faces what might be its biggest threat: The erosion of advertiser-supported programs.

From the beginning, American television shows have been paid for by sponsors, those who helped foot the bill for TV production in exchange for being mentioned in prominent commercials or promos.  Audiences mostly sat through commercials, thereby seeing the product, and hopefully going out and buying it.  It was actually a tenuous arrangement, based on correlations as opposed to hard data, and it was nigh-impossible to know for sure that a surge in product buying corresponded directly to the running of TV commercials; but that supposition was good enough for sponsors.  And so popular TV has continued on like this for over fifty years.

But in the past two decades, the equation has been changing.  Recording devices like DVRs, and their predecessors, the VCRs, allowed people to record shows and fast-forward past the commercials the sponsors wanted viewers to see.  This is why TV has been experimenting with new ways of showing the commercials, such as overlaying messages on the bottom of the screen during the actual programs.  But these promos are to full commercials what silent films are to My Fair Lady: Pale comparisons at best, providing none of the nuance and cleverness that full commercials can bring, and therefore not having the power to convert viewers to customers.

And in recent years, the growth of the Internet and various online entertainment venues have caused many viewers to give up on TV altogether, electing to get all of their video entertainment from online services… some of which are subscription-based and commercial free.  For perhaps the first time ever, American TV audiences are shrinking, and sponsors are wondering what to do now.  Many of them are trying to switch to Internet-based advertising systems such as banner ads and embedded commercials in videos.  But as the sponsors head for the web, fewer of them are willing to work with television.

And American television has no other revenue stream in place to replace sponsors.  Without sponsors, no shows will be made for television.  Could this, finally, be the death-knell for American TV?

Not necessarily.  For one thing, television has moved to the Internet as well, and as I said, it has figured out how to embed commercials so the videos cannot be watched without the commercials.  And thanks to that miracle device of web-based promotion, the cookie, online services can better target promos to the web viewer.  They could even potentially keep track of the TV shows you watch (gathering intel from cable boxes or related social media, for instance), then serve up web-based commercials to members of that household when they go online.  Wherever they are.  So ad-revenue can still be applied to TV shows.

But will that be enough?  TV programs, thanks to improved production and better talent, are becoming increasingly expensive; and there are an awful lot of them.  Television really needs new revenue streams to bolster its product.  But where can they come from?

Some of the revenue can come from the government, through taxes… presumably, directed towards television shows that the government decides Americans should see.  (Don’t ask me what those are likely to be… I’m not sure I want to know.)  Another possibility is the public itself: Just as public television networks are supported by tax-deductible donations, so can other networks, or individual programs, once a suitable donation system is put in place.

Similarly, organizations and corporations can always donate to shows that support their views or further their business plans.  We know commercials may not be viable much longer, but product placement is always a viable alternative, and has been used in movies and television for years (though often clumsily mis-handled, hopefully writers and producers would find better ways of using product placement in programs).

It’s possible that some shows could be financed through kickstarter campaigns, especially if they can somehow evolve into tax-deductible sources of donations (since the money is going into public entertainment, there is merit to the concept), or if other organizations (or governments) will agree to put up matching funds or promise support under certain milestones. 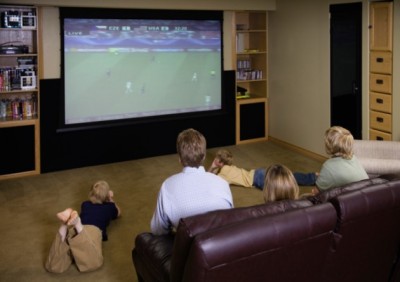 And television stations can become increasingly subscriber-funded, if they can convince viewers that they deserve viewer support.  Finding new ways to monetize their shows in small and painless increments—like paying a few pennies in real-time to bypass commercials, to get a better signal or to get other premium content, for example—might prove acceptable to audiences.

American television has some choices when it comes to supporting itself, some in-place, some potentially under development.  And as ad-supported revenue shrinks, the industry needs to get those other revenue streams in place… before it discovers that it no longer has the money to produce its own products, and it truly and finally loses to the competition.

2 thoughts on “The future of television”