Masamune Shirow’s anime series Ghost in the Shell is the latest to be made into a live-action feature film by director Rupert Sanders (due out in 2017).  Unfortunately, the significance of such a groundbreaking work being developed for live cinema is being overshadowed by an unfortunate element of Hollywood film-making generally referred to as whitewashing.

In creating American versions of foreign films or other media, Hollywood will often take characters originally envisioned as being of a different race, such as the Asian character Major Motoko Kusanangi in Ghost in the Shell, and re-cast them with white actors (usually actors who are popular with the viewing audience).  In theory, this is to make the character more palatable to what Hollywood views as a predominantly white audience—or an audience that they believe have a greater acceptance of whites in certain roles—which they believe will guarantee a larger box office audience, and larger profit on the film.  The practice goes back literally to the beginning of the film industry, and has been commonly applied to Black, Asian, Latin, Indian and Native American roles in Hollywood movies.

But in the past decades viewers have been increasingly seeing this as a blatant attempt to erase minorities and foreign faces from American media (and the Hollywood machine in general), and they see it as less acceptable than it was considered decades ago.  And the casting of (very-noticeably-not-Asian) Scarlett Johansson as the Major in Ghost in the Shell has inflamed the old controversy once again.

Whitewashing is controversial, but it’s not simple.  After all, when you get down to it, there really is only one race—Human.  So, on one hand, what’s the big deal?  Many prominent white Hollywood stars and character-actors have appeared in originally-non-white roles; they’ve even been made up with prosthetics to actually resemble non-whites (more often caricatures of non-whites), to satisfy contracts or casting offices.  And the practice has occasionally been reversed, with non-white actors being given roles originally written for white characters (so I suppose you could wrap the whole thing into a convenient label like race-swapping).

There’s no denying that Hollywood has been guilty of institutionalized racism since its inception.  But does Hollywood care about this controversy?  Put simply, NO; Hollywood is in the business of making money off of movies, the more money the better, end of line.  In Hollywood, any element that can be changed, with the expectation of increasing the profit of the movie, is fair game.  And that includes race-swapping wherever and whenever it’s convenient.

In Ghost in the Shell, they see an opportunity to insert a big box office superstar into a high-tech looking action movie, a genre they think very little of beyond raw profitability anyway.  Placing Scarlett Johansson into the movie will increase box office through her name recognition, and increase their expected profits.

Okay, fine, Hollywood is changing a role’s race to improve profits; but could Hollywood have worked a bit harder at this, if it were just for profit’s sake?  There are popular Asian actresses, familiar to American audiences, who could have been cast in the role of the Major.  Maybe they are not as well-known as Johansson, but they would be recognizable enough to attract audiences.  And many of them have done action films, giving them further cred with the audience.  Hollywood is also experienced with using and promoting pretty faces who don’t have familiar names.  (Hey, no star starts at the top, right?)

Nothing against ScarJo, but many (including me) feel Hollywood could have found an Asian actress who would have suited this role just fine.  Maybe it would have knocked a few bucks off the bottom line… but would it have killed them to bite the bullet and lose a few bucks out of the millions they can expect to make?  And since a highly successful movie could help to propel a new actress into the A-list spotlight, giving Hollywood another big box office superstar… why not take the chance?

(Personally, I have a very hard time imagining that Hollywood couldn’t use almost any actress who would look good on-screen, running around virtually naked for a significant period of time, and convince audiences it was worth their time to go.)

And how should the audience react to all this?  It’s up to you: If you are okay with a movie in which you know changes have been made by an all-about-profit industry for sheer profit’s sake, accept the whitewashing as what it is, and go enjoy a movie.  If you believe whitewashing is an intentionally-racist treatment of the source material, don’t watch the movie (and feel free to publicize on social media just how you feel; after all, if Hollywood thinks they’ll make a bigger profit by not whitewashing, you may help change things).

For myself, I’ll see the movie, probably in the theater.  I don’t blame Scarlett Johansson for being the lead, nor do I dislike her as an actress; so I’ll watch, and hope she does a bang-up job in the role.  But I will look sourly on Hollywood’s casting practices, and hope the future of Hollywood’s institutionalized racism is getting dimmer by the day.

Addendum:
Anime media has always had a perception issue with European audiences, who see the typically doll-eyed characters as representative of European faces.  This is one of the reasons that Ghost in the Shell fans often insist that the Major is supposed to resemble a European woman.  But this is based on a misconception by European audiences. 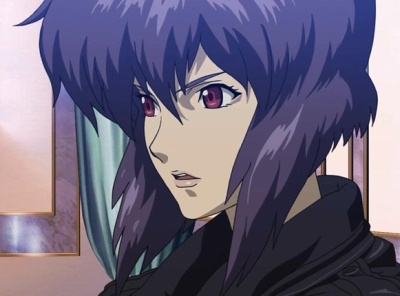 The anime design, based on the original designs of Astroboy creator Osamu Tezuka, are based on a stylized representation of how Asians see each other.  Whereas Europeans may see Asians as having “slanted” or “narrow” eyes (compared to their own), Asians don’t see their eyes that way.  They depict their eyes as open and “normal,” based on Tezuka’s admittedly doll-like art style.

The Major was originally designed to represent an Asian girl, and that’s how Asians see her.  Europeans, who misinterpret the large eyes as being European, see her as European.  To Asians, the Tezuka style represents them effectively.  They do not see themselves as having “European eyes.”  It is only Europeans, who have their own impression of Asian “slanted” eyes, who believe they are depicting themselves as non-Asians.

So, the next time you look at anime content and think you’re looking at a European character… think again.  There’s more to Asian characters than meets the eye.

One thought on ““Ghost” and Hollywood whitewashing”