Perhaps you’ve heard of “The Transporter Paradox:” It refers to the assumption that, if we could build a Star Trek-type transporter, aka a Quantum Teleportation Device, it would work by cataloging your every atom and function in order to transmit and reassemble that pattern in another location. Unfortunately in order to do that, it would have to annihilate the original body and essentially build a brand new one from new quantum elements in the second location (something they cannily neglected to mention on Star Trek).  That means, in order to appear in the second location, you will be killed in the first location; the “you” in the second location isn’t really you, even if it thinks it is… the original you is dead.

In order to deal with this paradox, you’d need to be able to solve the existential question of who, or what, is “you”—a unique and singular consciousness—or a unique and singular body.  And humans have a very hard time separating their sense of self from their bodies, even though the human body is never the same from instant to instant… it is constantly exchanging molecules with the outside world in that ongoing ballet we call life.

This has become a serious question, not because we’re on the verge of building working transporters, but because we are on the verge of being able to build sophisticated computers in which some hope to be able to “upload” our consciousness… perhaps even allowing us to live forever in robot bodies or traverse the stars in miniaturized ships that don’t require the complexities of biological life support systems.

Though the idea is often used in science fiction, the ramifications of it are either ignored or glossed over (like in Star Trek) or it’s assumed that people just did it, no big deal.  Sometimes a story (like Old Man’s War) admits that a character was just killed to give life to another body, and everyone just accepts that the deed was done and moves quickly on.  But the issue is rarely given the incredible philosophical weight it is due.

The question is, if we upload our consciousnesses into a robot body or space ship, will we really feel as if it is ourselves in the robot or ship… or will the real us be consigning ourselves to certain death, fully aware that while we rot in our graves or drift on the wind, a digital copy is exploring the stars claiming to be the real us?

A human being has a unique sense of what it considers “itself,” a sum totality of the body that it sees as a unit known as “me.” Though it acts as if all parts of itself count holistically as “me,” it is capable of assuming that a lost limb or organ, or even the skin cells that slough off the body at all times, does not diminish the sense of “me” at all.  The pieces may all be connected… but they’re not all important to the sense of “me.”

Mostly, it’s the brain that encompasses our sense of “me”; we can lose virtually everything on our body, but as long as we still have a functioning brain, we still have “me.”  Our brains contain the cognitive functions that govern us, as well as an overlaid consciousness, an awareness of what we are doing and why, that creates our “sense of self.”  It’s the transferring of the “sense of self,” the consciousness, from one vessel to another, that must be seamlessly accomplished; otherwise, the sense of self will know, and have to deal existentially with the fact, that the real you has been left behind, maybe killed, and that it is essentially a duplicate you, a copy, not the real thing.

The only potential loser in this equation is the body left behind, and the consciousness within it; because hey, dead is dead.  Is there really a way to transfer that sense of self to another vessel without leaving a sense of a live body and consciousness behind?  Maybe it could be accomplished during sleep, when your sense of self is essentially switched off (or, at least, paused) during unconsciousness; if it could be restarted in another vessel, and you saw your old body lying next to you in state, maybe if would be easier to accept the idea that your consciousness has indeed “moved” to another vessel, and it’s okay to discard (yes, kill) the old one.

Or maybe the new “you” would not see the leaving behind or killing off of your original body as any more significant than your brushing off and discarding the dandruff from your head; after all, it was all part of you once, but losing it didn’t make you less “you.”  Even with a mechanical “body” and completely different functions, the persistence of self might be enough to override all sense of different and accept itself as the real you. 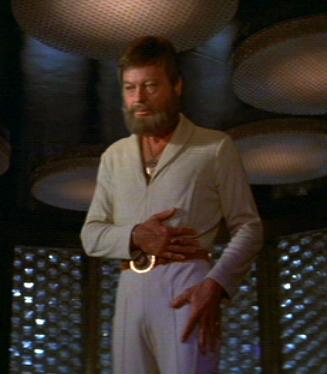 Or maybe it’s much ado about nothing.  After all, a human body is more than a flake of dandruff; but cosmically speaking, not by much.  Maybe we’re just allowing our meat-based prejudices to get in the way of real progress and inevitable evolution; we need to rid ourselves of the notion that there’s something particularly special or valuable about ourselves, or that a well-enough-constructed duplicate of our consciousness isn’t just as good as the original.  We also need to accept the fact that, sooner or later, we all die; but this is a way to send an aspect of us further into the future, extending the life of what we consider the essential “us.”

This is a question which will need to be solved by equal parts science, ingenuity, philosophy, humility and practicality.  It may never be solved to everyone’s satisfaction, any more than the public is all in agreement over the euthanization of the sick, the elderly, or their pets.  But we as a species may not develop much further if we don’t come to grips with this paradox and find a way to live with it.

7 thoughts on “Consciousness and “The Transporter Paradox””