Bitcoin, and other digital currencies, are doing their damndest to shake up the world’s financial systems.  Their ability for individuals to make money via computer transactions is so unlike the traditional ways of making money—governments trading rare metals and printing daily use currency—that organizations and authorities are either trying to find ways of restricting its reach, or trying to cash in.

At this early stage of the game, it’s hard to say what the ultimate outcome of this new way to make money will be.  But instead of fighting the rise of Bitcoin and other cryptocurrencies, we should be looking at useful ways that have been found to apply them beyond personal wealth: Cryptocurrencies might just be a great way to finance programs that aren’t getting the love they deserve from governments and financial institutions. 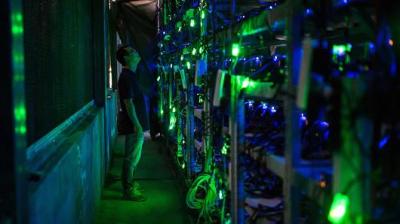 Cryptocurrencies make money by offering up computational time on individual computers, computer networks or server networks, to a user like a laboratory that needs to crunch astronomically-large numbers but that doesn’t have access to a supercomputer to do the job.  In exchange for providing access to these networked computers, the users pay the computer or server owners a small sum in cryptocurrency.  Basically, organization A is paying computer owner B for the use of B’s computers.  And as organizations C, D, E, F, G and H start using those computers, B can make more money from more clients and eventually see a decent profit.

This simple arrangement has created a system wherein anyone with one or more computers can profit off of allowing someone else to use their hardware for remote computation (a process known as “mining”).

There are drawbacks: Most notably, that these computers and server farms run on a constant diet of electricity, which in most cases isn’t free, and may be robbing energy from other needy systems and people; and where servers are being powered by old energy technology such as oil, they may also be contributing to a small but significant rise in pollution.  And there’s also the issue that this wealth isn’t considered “valid” by many governments and organizations, making it hard to actually transfer and use the wealth beyond limited venues.  But hopefully these and other problems can be solved soon.  And if so, the value of cryptocurrencies might start to approach and even equal that of government-sanctioned currencies worldwide.

Now, how could that be useful?  Well, imagine a group that sets up a server farm to mine for bitcoin (which I use here to represent any cryptocurrency), and uses their bitcoin profits to finance the daily operations of a homeless shelter.  Shelters often get the short end of financing from local governments (which is a travesty in itself); but the proceeds from a successful bitcoin-mining operation could potentially be enough to keep the shelter running and filled with needed supplies.

And what other services often get minimal public funding, whether it’s due to political or social unpopularity, inefficiency or obscurity?  Food programs?  Employment assistance and insurance?  Assistance for the poor or elderly?  Potentially any of these services, and many more, could partially or even totally fund themselves through the ownership of a large-enough bitcoin-mining server farm.

Some bitcoin-mining organizations already offer ways to apply their clients’ bitcoin profits to certain charities; the amounts collected have been relatively small so far, but in time could grow to be significant donations.  They are the start of the trend of financing real-world efforts through cryptocurrencies.  And as we approach an era of increased automation thinning out job opportunities, and we start looking at programs like Universal Basic Income and other social services-based programs to alleviate the public’s burdens, bitcoin-dedicated computers and server farms could provide the revenue to pay for these services. 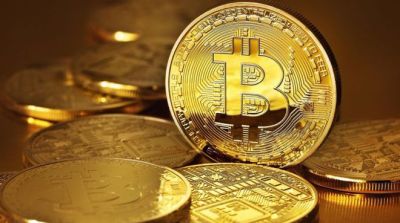 Really, we’re talking about a reorganization of the world’s wealth, allowing organizations and individuals to make their own money instead of asking for funding or charity from others.  The resultant change in how we finance personal and social systems would be world-shaking.  And not that there’s anything wrong with growing personal wealth… but providing revenue for needed public services sounds like a practical, noble and desirable reason to want cryptocurrencies and systems like data-mining to not only succeed, but thrive.