Every so often I come across an article discussing a subject that’s always been close to my heart: The many ways in which the human brain has been theorized to work over the centuries.  The Empty Brain, an article by Robert Epstein, does a great job of summing up the many stages of brain operative theory that have appeared going back 2,000 years. 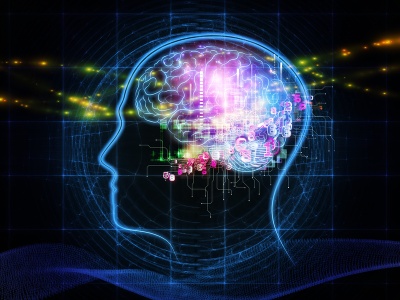 Why have I always been so fascinated by the subject?  Well, human beings have had brains for… ever since we’ve been humans.  Hell, even before.  But for such a common organ, one that every higher animal has in some form or another, and one that has been studied and experimented on so unceasingly for millennia, we know so very little about its actual operation beyond a rudimentary understanding of its physical makeup and activity.

But many scientists and scholars have developed theories about how it worked, theories which Epstein’s article does a great job describing.  The article points out that these theories have generally accompanied some new scientific development, or at least a pseudo-scientific belief, that appropriately becomes the latest model for the brain’s mysteries.  And as you might expect, the most recent theories about the brain’s operation have been built around the latest in computer theories that have been bouncing around since the mid-twentieth century. 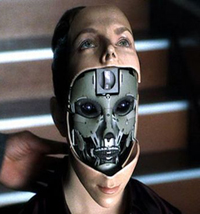 This is probably where my initial interest kindled, as it had for many people like me who were fans of science fiction: Computers and robotics have been a significant part of SF for the past century, and one of its most popular elements has been that of the machine-man, robot, android, replicant, or what have you.  As scientists have postulated about how the brain works, writers and other artists have imagined ways to create analogues of the human brain by technological means.  Those technological brains, though they tended to be mostly handwavium, usually managed to do a good job of mixing the simple and some of the complex functions of the brain with the strengths of the modern computer.

The concept has built entire genres of science fiction, especially as automation has developed and expanded so quickly since the post-WWII era.  Concepts of brain-to-computer interfaces and brain augmentation are almost inseparable from the sci-fi of the Japanese, seemingly the most fascinated by the subject of robotics; and in the United States, robots sub for many elements of our shared history, including slaves, soldiers and factory laborers.  I’ve used the concept myself in two novels over the years… because, let’s face it, the idea of sentient robots are a fun element of science fiction.

But here’s the thing: Just like scientists who have based their theories on the human brain on computers and other technological ideas, writers have used those theories to construct their artificial brains; and all of them have been working from bad theories and inaccurate models.  Most sci-fi assumes the human brain is essentially a complex but readable computer, whose “wetwork” elements are basically creating analogue equivalents of 1s and 0s that can be duplicated with fine-enough electronic components and run like any other computer.  And the brain, in reality, is nothing like that.

This is NOT to say that “sentient” computer brains are not possible; an electro-mechanical brain for a computer may only need to be complex and extended enough to achieve “sentience,” as present research suggests, and we may be nearing that threshold within the next decades.

What it DOES say is that human thoughts or memories will never be recorded whole and “downloaded” into an electro-mechanical brain, and data will not be downloadable into a human brain; even if there are superficial similarities, the two are as incompatible as taking information written on a piece of paper and storing it in ball lightning.

Will this little inconvenience ever stop creative writers from imagining how to create artificial brains that are compatible with human brains?  Of course not; that’s one of the things us creative writers do.  As I said, I’ve written on the subject in the past, and in my books I’ve used my understanding of physics and biology, coupled with my informed layman’s understanding of how the brain works, to develop my own theories of brain operability.  Once I developed my own theory, I could use it as a basis for creating the artificial brains in my stories.

And as long as we’re on the subject: (Warning: Tedious theorizing below; read at your own risk.)

We all know the brain is an organ made up of a dense network of neurons,  which send electro-chemical signals from neuron to neuron at a constant basis.  The brain never sleeps, which means those signals are constantly travelling between neurons at all times.  The rate and intensity at which these signals fire depends on the stimulus of neurons by internal (other neurons) and external signals (the nervous system, the five senses, etc) of the body.  These firing neurons not only register the inputs, but send signals that initiate reactions in the mind and/or body.

Most people imagine that when a single neuron fires, it fires from one specific stimulus, so it represents a bit of data, like a bit in a computer.  But neurons don’t actually work that way; instead, a neuron fires according to many stimuli in cascading patterns, sometimes caused by one neuron, sometimes by a different neuron.  So, if you could look at a brain’s neurons firing, it would look like a constant and random firing of neurons throughout the organ.  How could anyone make sense of that?

Well, there is a—ahem—pattern to the madness, and it works something like this: As different stimuli enter the brain from the senses or the nervous system, the neurons’ firing tend to follow certain patterns, which are repeated every time that stimuli returns; and it’s the recurring patterns that can be said to represent basic concepts.  This was not a planned event; it’s something the brain “learned” by experiencing things during childhood, that stimuli creating a particular pattern of neuron firings, and that pattern being reinforced by repeated similar stimuli over time.  As a simple example, when as a child you were presented with an object, the new stimuli would create a neuronal firing pattern corresponding to “object.”  Absolutely every object you would encounter would later create the same neuronal firing pattern in your brain, telling you you’ve just been presented with another object.

And now, when you think of a baseball, or a basketball, your brain recalls specific firing patterns that, when combined, represent the details of those objects.  Your brain then can mix and match those patterns, and other patterns learned over the years, to imagine a softball, a soccer ball, an egg, a wheel, a button, etc, etc.  Everything you have ever experienced, everything you think or do, everything you imagine, is formed in your brain by building a unique combination of neuronal firing patterns for old, new and previously-unimagined things. 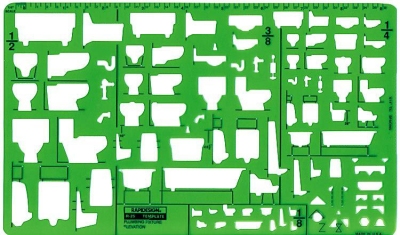 I like to think of this as the Template Theory of brain operability, a way of thinking inspired by my years as a graphic artist and illustrator, working with templates of regularly-used shapes and objects.  In the same way that I would create an object on paper by starting with a rough outline or shape of an object, then filling in individual details like color, shadow, refined shapes and surface details to define the object… the brain starts with patterns that recognize basic concepts, assembles the appropriate patterns, and builds the brain’s understanding and interaction with the world.

It’s the existence of thought as constantly changing collections of firing patterns that allows independent and creative thought in the brain: Since those electro-chemical activities are always going on, those existing patterns occasionally fire in ways that suggest new collections, mixing into new concepts, new ideas, new reflexes and actions; and the effectiveness of those new thoughts and actions will be learned by the brain and either dismiss or reinforce that new collection of patterns.

But here’s an important part of this theory: Everyone’s brain uses different patterns to represent these aspects, AND they are used in different ways: Not only is every brain physically different from every other brain, meaning each brain has different neurons and fires them in different patterns; but everyone learns things a bit differently, meaning more differences in the firing patterns.  So it’s impossible to duplicate or swap the patterns from one brain to another brain… even though they may arrive at the same result, they arrived there through two totally incompatible means.

I’ll gladly emphasize here that this is how I conceptualize brain operability, and I may be no closer to reality than anyone else.  But not only do I see this as a more realistic way of conceptualizing the brain at work, it’s also the reason why I say the modern concept of an artificial replacement for a human brain is unworkable.  It’s why I tend to laugh at people who think we’ll be able to upload memories and “consciousness” into artificial vessels in the future; in order to do that, you would have to create a perfect copy of the existing brain, including the exact layout and chemical elements and operation, at an atomic level, to make your new vessel function exactly as the organic brain.  No computer design will ever accomplish that.

You think that’s hard?  Just be lucky we don’t have to match every signal from the entire nervous system!  Thankfully, we’ve seen evidence that the brain can take new and different inputs, say, from replaced limbs and organs, and make sense of those new inputs in due course.  If that was not the case, no brain would be worth replacing without bringing the entire original nervous system with it.  (To quote a Psychology professor I once had: “Oy.”)

This means, to the scientist or the artist, that a new design concept for artificial brains is desired, one that better fits either my Template Theory or a better theory (if one comes along).  I tried to apply the Template Theory to my novel Sarcology, with reasonable believability and success, but that doesn’t make it the end of the argument.  I have heard that some scientists (or perhaps pseudoscientists) are now looking at quantum theory to describe the workings of the brain.  I personally don’t know how that would work… but we know it’s only a matter of time before someone manages to fit it into a new theory.  And who knows?  Maybe they’ll come even closer to the truth.

Addendum: A new article by David Robson for BBC describes the consciousness theories of Giulio Tononi, based on the idea of integrated information, and his theories seem to resonate closely with my own.  (Thanks to Warren Diodosio for flagging that for me!)