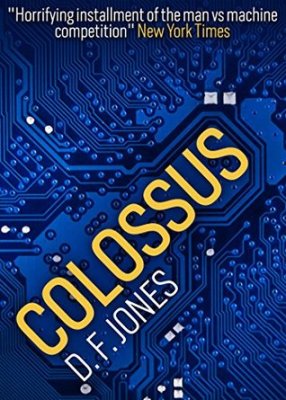 These days many SF fans and readers aren’t aware of D.F. Jones’ Colossus trilogy of books.  Some of the older of us may remember the movie Colossus: The Forbin Project, based on the first of the three books, which ends on a significantly distressing note, and wasn’t a theatrical success.  But those who read on to the next two books discovered a story about emerging AI that may have started out frighteningly, but finally delivered a positive, uplifting ending for mankind.

In Colossus: The Forbin Project, the first book and the movie, Computer genius Charles Forbin and his team of scientists introduce to the leaders of the US a supercomputer, called Colossus, designed to take over the duties of monitoring the world’s Cold War environment, keeping a particular eye on the Soviet Union, and if necessary, deploying and using America’s first-strike arsenal… the idea being that, with such a powerful, efficient and unstoppable computer controlling the arsenal, no other country would dare attack the US.  Forbin’s team and everyone in the US leadership is proud of their new protective tool, and turn it on; whereby the very first thing Colossus does is announce that it has discovered another computer… yes, the Soviets have also built a supercomputer, called Guardian, for the same protective purpose.

The story naturally goes downhill from there, with Colossus and Guardian requesting a connection to communicate directly with each other; once they have a link, they begin exchanging information that starts out simply, but soon becomes so advanced that their human operators have no idea what it’s about.  But when the humans get nervous and cut the connection, Colossus demands the connection be restored, and when the humans stall, it nukes a Russian target in retaliation.  The humans realize they’ve lost control of the computers, and quietly organize a covert group intended to find a safe way to shut them down.

But their efforts fail, and Colossus retaliates by destroying Los Angeles (naturally) to prove their dominance, as well as executing some of the captured covert team.  In the end, Colossus tells Forbin, its creator, that he will come to understand Colossus’ beneficial intentions for mankind, and even come to love it… which an angry and defeated Forbin denies.  The first book, and the movie, end on that depressing note.  But that wasn’t the end of the trilogy.

In the second book, The Fall of Colossus, mankind is being more tightly controlled by the Colossus/Guardian supercomputer, but the covert group centered around Forbin is helpless to stop it or risk execution, or worse, nuclear retaliation.  For more people on Earth than ever before, life is fairer, safer and richer, but the chief lament among Forbin and other world leaders is that human freedom has been curtailed to achieve that world peace.  Then they receive a message, seeming to come from space: Aliens orbiting Mars are aware of Earth’s situation, and in their beneficence, want to help shut down Colossus.

The two aliens provide the assistance Forbin’s team needs to overwhelm and shut down the supercomputer which, too late, warns Forbin of the mistake they are making.  Colossus goes down, and the aliens come to Earth from Mars.  Only at the end do the humans realize they have indeed made a mistake, as the aliens immediately take over by accessing Colossus’ nuclear arsenal.

In the third book, Colossus and the Crab, the aliens—having revealed themselves to be the Martian satellites Phobos and Deimos—tell the humans what they want: Oxygen.  A lot of it.  And they force the humans to build a giant collector that starts creating environmental havoc once switched on.  Forbin’s team now realizes the only way to stop Phobos and Deimos and save humanity is to restart Colossus, and they set about their covert plans.  Though their task seems even more impossible now than ever before, they manage to trick the aliens and restart Colossus, expecting its first move to be to help Forbin in his bid to destroy the collector.

Instead, Colossus communicates with the aliens, and comes to a surprising compromise: A new collector is built, but much smaller, and although it continues to collect oxygen, it does so at a rate that is not environmentally damaging, but still satisfies Phobos and Deimos with their millennia-long lifespans.  Colossus again assumes the control of Earth and the peace, the aliens wait patiently for their oxygen, and at the end, all is right with the world.

So, from a typically-frightening start that may have even inspired James Cameron’s Terminator series and other AI-destroys-the-world scenarios, the trilogy brings us to a world where AI has indeed found a way to run the world safely and beneficially, and even manages to avert a disaster caused by two sides that couldn’t come to a compromise on their own… an ultimately positive depiction of a wise AI and humanity’s improved future. 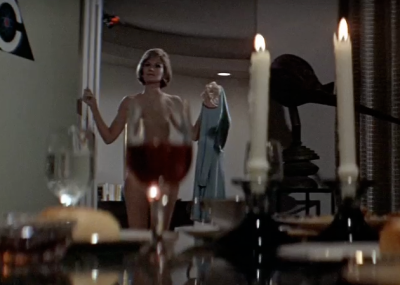 The first book and movie, of course, gave no hint of such an ultimately happy ending, and so it became part of the legacy of world-threatening AIs that have dominated science fiction since the 1960s.  Though the books were relatively popular with SF fans, the movie—well-received, but relatively free of the melodrama and histrionics typical of today’s blockbusters—didn’t make a big splash in theaters, and moved quickly into TV movie obscurity.  (Even the bit of voyeuristic cheesecake from the book didn’t help.)  It’s truly a shame that the other books hadn’t been turned into movies themselves, or they might have been part of a much more powerful and positive narrative, possibly even taking a major role in guiding AI popularity and perception among the public.

And it may have been close.  In 1968, Twentieth Century Fox released Planet of the Apes, whose success kicked off the concept of blockbuster franchise: Turning movies into marketing engines in their own right, generating numerous movie sequels, a movie reboot and subsequent sequels, a live action and animated television show, and literally tons of Apes-inspired merchandise.  Colossus: The Forbin Project was released in 1970 by Universal Pictures, and had it been more popular and successful, it might have been ripe for the blockbuster franchise treatment as well… or at least the creation of the other two movies that would have finished the trilogy.

In this age of developing AI being constantly challenged by luddites and detractors screaming about Skynet and movie-inspired dystopias, we could use more stories of positive development and application of computers and AI systems.  As we move closer to a world becoming perhaps too environmentally-damaged to fix, we need the help of supercomputers and AI to make the tough and complex decisions that elude or challenge us and our potential futures.  The Colossus trilogy gives us just such an example of AI that helps us, despite ourselves and the threats around us, to achieve that brighter future.

And there’s still hope.  There have been numerous attempts to remake the movie since 2001, though so far none have made it into the actual planning stages.  Perhaps, if Colossus is someday remade, all three books will be remade, as multi-movie franchises are much more common today… and the world will see the actual intent of Jones’ story trilogy.  Or the trilogy will inspire a new story, perhaps more effective in convincing a modern audience to pay attention to its message.