Just the other day, I was composing another “I’d reboot that” post about a past SF show that I think could be remade with upgrades here, new ideas there and some modern special effects, turning it into the greatest new show since sliced atoms.  I developed some ideas about the premise and how it could be improved and modernized, spoke a bit about how I’d spin the stories and create compelling new content…

And then the brakes locked up… the record skipped… the screen froze… pick your own metaphor.  What was I doing?

I was already forgetting the lesson I’d just learned about content, as I described in my post I’m a writer… not an IP licensor.  According to the posts by Kristine Kathryn Rusch, Business Musings: Rethinking The Writing Business, the business of making money by writing novels has been effectively supplanted by the business of making money by selling intellectual property, or IP, to licensees.  Rusch describes the process of breaking down initial ideas into their component elements, from characters, premises, significant elements, notable ideas, etc, and offering those bits of IP to different licensees, from publishers, to movie companies, to toy companies, manufacturers, marketers, etc… allowing them to buy the IP and take on the chore of actually producing a product, while the creator produces a beeline to the bank.

And I was sitting here, writing down a bunch of perfectly valuable IP content which I was about to publish on this blog for nothing, allowing anyone to take my IP to producers and profit off of selling my clever and potentially valuable ideas.

Okay, maybe the show I referenced in my post is never going to be rebooted (though we seem to be an a period in Hollywood where they’ll reboot absolutely anything that once had a pulse—or a profit—because they see it as an easier sell than absolutely anything new).  Maybe there’s no office to enter and no one waiting to hear that IP pitch, and no money waiting to be made. 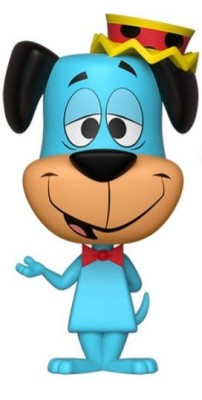 But just in case there is… I’m not going to make it easy for someone to potentially profit off my ideas and leave me nothing.  If I can find a potential buyer, I’ll pitch my ideas to them.  And as you might have noticed from past posts, I do have some.  Ideas, I mean.  Ready to be pitched.  And bought.  And until then, they’re staying with me.

So: No more reboot ideas.  Go develop your own live-action Huckleberry Hound, y’all.